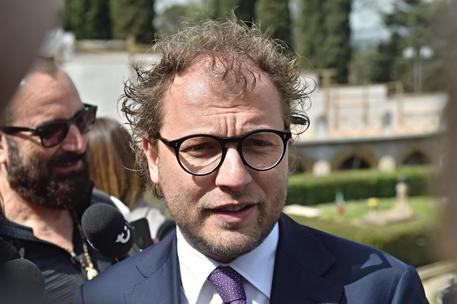 (ANSA) - Rome, June 14 - Democratic Party (PD) bigwig and former cabinet secretary Luca Lotti on Friday suspended himself from the party after triggering a row after apparently accusing President Sergio Mattarella of influencing appointments at the judiciary's self-governing body, the CSM, which has been hit by a cronyism scandal.
Lotti told PD leader Nicola Zingaretti he would be suspended "until this affair is cleared up".
Lotti, an ally of former leader and ex-premier Matteo Renzi, said he had "nothing to hide and no fear of awaiting the truth".
Earlier Fiday another CSM member involved in a meeting on appointments between Lotti and magistrates union ANM former chief Luca Palamara resigned, Corrado Cartoni.
Four members of the CSM, the Supreme Council of Magistrates, have now resigned in the case.
The case has roiled Italy's politicised judiciary.
In calling elections to replace CSM members who have resigned, Mattarella said Thursday the rules would have to be changed.
The head of State is titular head of the CSM.
Zingaretti said "I thank Luca Lotti for a gesture...I consider of great responsibility towards politics, institutions and the PD".
He voiced confidence that Lotti would clear up the affair.