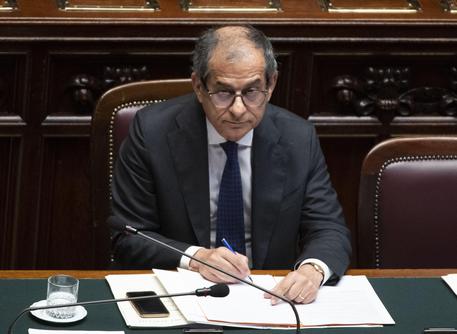 (ANSA) - Luxembourg, June 13 - Economy Minister Giovanni Tria on Thursday denied having had a row with Deputy Premier Matteo Salvini on the government's pledge to bring in a flat tax.
Boosted by his League's victory in last month's European elections, Interior Minister Salvini is pressing hard for tax cuts to give the sluggish Italian economy a "fiscal shock". But, according to press reports, Tria has resisted pressure to press ahead with the flat tax plan in view of talks with the European Commission on averting the threat of Italy facing an infringement procedure over the public finances. "The news that we rowed during a government meeting, that Salvini walked out angry with me, is clearly false," Tria said on his way into a Eurogroup meeting. "I was in favour of the flat tax in the past too, but you have to see how you can do it.
"At the moment the deficit targets are what they are".
He also ruled out the government approving additional corrective budget to head off the threat of penalties for breaching the EU debt rule.
"We are negotiating on the deficit targets that we have. We will demonstrate that we will achieve them because they put us in a position of security," Tria said in Luxembourg.
"We don't need them (corrective measures)".