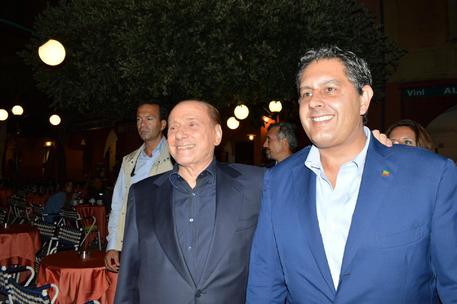 (ANSA) - Rome, June 13 - Liguria Governor Giovanni Toti on Thursday said he would stand as leader of three-time ex-premier and media magnate Silvio Berlusconi's centre-right Forza Italia (FI) party, saying the Berlusconi era was "over" after an all-time low result in the European elections last month.
"We need primaries, Silvio must understand that an era is over," said the former Berlusconi network newsman.
"Berlusconi cannot stand to lead the centre right," said Tori.
The media mogul, 82, founded FI in 1993 and the following year led it to the first of its three general-election victories, defeating the post-Communist Left.
Following a lengthy office ban for tax fraud that ruled him out of last year's general election, the FI leader won a seat in the European Parliament in last month's European elections.
He returned to the fore as FI leader during that campaign, campaigning energetically, but FI scored a disappointing 6.3% in the vote, far below their result in the previous EP elections and down from 14% at last year's general election.
The EP result was the same as that of a far-right nativist party and ally which FI once dwarfed, Brothers of Italy (FdI).
By contrast the nationalist League, new top dog on the centre right, scored 34%, double what it got in the general election in March last year.
The League is still a local ally of FI and FdI but is allied on the national government stage with the anti-establishment 5-Star Movement (M5S), whose scored halved to 17% in the EP vote with respect to its general-election result.