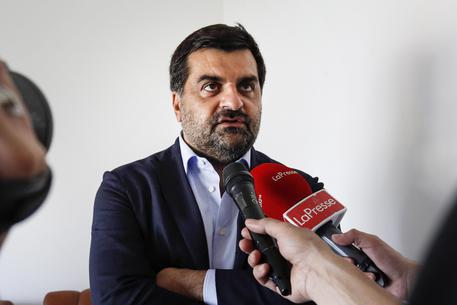 (ANSA) - Rome, June 13 - A third justice has quit the Supreme Council of Magistrates (CSM) amid a Perugia probe for rigging appointments.
Antonio Lepre said he "did not take part in the scheming".
The case stems from a probe into the former head of magistrates union ANM, Luca Palamara, who is accused of being the ringleader of an influence-peddling group that allegedly illicitly decided on prosecutor appointments including to the CSM, the judiciary's self-governing body.
The titular head of the CSM, Italian President Sergio Mattarella, was forced to issue a statement Wednesday saying he had never intervened on appointments, as suggested by some of those implicated.
Also Thursday, Democratic Party former cabinet secretary Luvca Lotti said he had only voiced opinions over postings, and had never "exerted pressure or committed crimes".
Again, on Thursday, Justice Minister Alfonso Bonafede initiated disciplinary action against five judges implicated in the case.
Bonafede opened proceedings against the three CSM members who had suspended themselves: Corrado Cartoni, Paolo Criscuoli and Lepre; as well as two councillors who had resigned: Luigi Spina and Gianluigi Morlini.
"The situation is clearly serious and the institutions must be compact because of that," he said.
Mattarella on Thursday evening called for the elections of two CSM members on October 6 and 7.
photo: Palamara