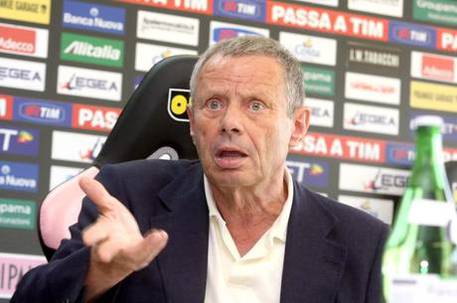 (ANSA) - Palermo, June 13 - A preliminary investigations judge (GIP) and his son were placed under investigation Thursday in a probe into an alleged mole who tipped off former Palermo President Maurizio Zamparini that he was about to be arrested for corruption.
Cesare Vincenti, president of the Palermo GIPs, is accused of revealing confidential information and corruption.
His son Andrea is accused of corruption too, judicial sources said.
Former Palermo Calcio President Giovanni Giammarva is accused of handing on the information to Zamparini.
The homes of the GIP and his son were searched in the probe Thursday.
In the original investigation, tax police raided the offices of Palermo soccer club in a probe into suspected false accounting, misappropriation and money laundering. Police also searched Zamparini's home and the premises of his Zamparini Group, which owns Emmezeta department stores. Zamparini reportedly said the club was 40 million euros in debt.