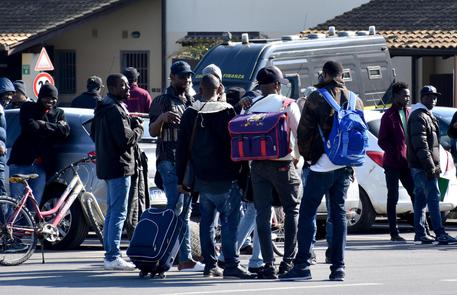 (ANSA) - Rome, June 12 - The asylum seeker reception centre (CARA) at Mineo near Catania will close by mid-July, Interior Minister Matteo Salvini said Wednesday.
"This is good news for those who have lived in the area for years being subjected to crime and malaise", said the League leader, who has led a crackdown on migrants.
The government has already steadily reduced the numbers at Mineo, which was once the largest reception centre in Europe.
At one point, on July 7, 2014, the CARA hosted 4,173 asylum seekers.
When the League-5-Star (M5S) government took office a year ago the number of occupants was 2,526.
Now there are just 152 people there.
Salvini has issued two decrees on migrants and security, the second Tuesday.
He has been accused of stripping migrants of basic rights, marginalising them and exposing them to criminality.
He denies the claims.