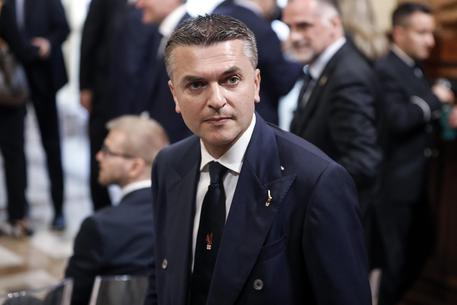 (ANSA) - Genoa, May 30 - A Genoa court on Thursday found Infrastructure Undersecretary Edoardo Rixi guilty in a case regarding expense claims by parties in the Ligurian regional assembly between 2010 and 2012. The court handed Rixi, who at the time was the League's caucus head in the regional assembly, a jail term of three years, five months for misappropriation and making false declarations. It also barred him from holding public office. Prosecutors had requested a slightly shorter term of three years, four months.
In Italy convictions are not considered definitive until the appeals process has been exhausted.
The case could cause a problem for Premier Giuseppe Conte's government.
The League had said Rixi should keep his post even if he was convicted.
But their alliance partners in the 5-Star Movement had said he should go if found guilty.