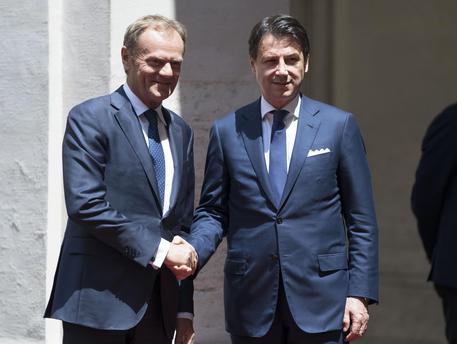 (ANSA) - Rome, May 24 - Premier Giuseppe Conte told European Council President Donald Tusk that Italy has the right to a lead role when it comes to the upcoming nominations for top EU posts during a meeting in Rome on Friday.
"Premier Conte met European Council President Donald Tusk at Palazzo Chigi in view of the information summit of European leaders on Tuesday in Brussels, which will start the process of the nominations for the top posts of the EU institutions," the Italian government said in a statement.
"Italy is entitled to a primary role in this nominations process, as a founding member of the European Union, the third-biggest country in the eurozone and Europe's second-biggest manufacturer".