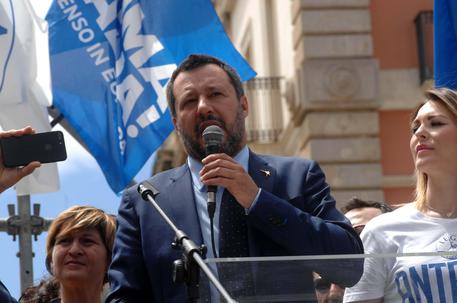 (ANSA) - Rome, May 21 - Interior Minister Matteo Salvini said he wasn't scared after a bullet was intercepted in an envelope addressed to him Tuesday.
"They don't frighten me and I'm not stopping", said Salvini after the missive with a calibre nine bullet was stopped at Rome's central sorting office.
The envelope aroused suspicions because it had not franking on it or name of sender.
Inside it, there was no message or claims of responsibility buy any terrorist or political groups, sources said.
The envelope was seized by police bomb squad experts.
As well as being interior minister, Salvini is also deputy premier in Italy's populist government, and leader of the anti-migrant Euroskeptic nationalist League party.