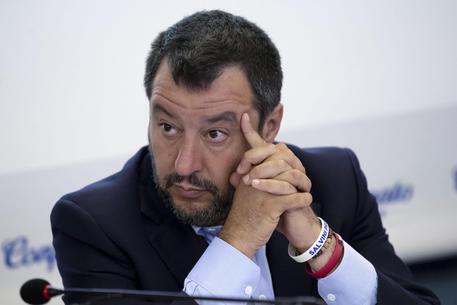 (ANSA) - Rome, May 20 - The United Nations is full of bureaucrats rooting for mass immigration, Interior Minister and anti-migrant League party leader Matteoi Salvini said after the UN criticised his proposed security package for fining migrant rescuers.
"Minister and MPs elected by the Italians decide on the security and happiness of the Italians," he said.
"Unknown bureaucrats who are fans of mass immigration do not," he said.
"The UN should deal with much bigger problems such as the violation of human rights around the world," said Salvini.
These are taking place, he said "from Turkey to (North) Korea to Venezuela".
The UN should so this, he said, "instead of coming to run a fine tooth comb over Italy".