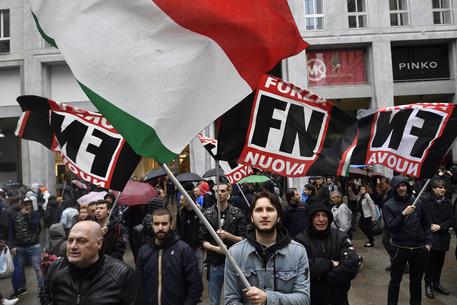 (ANSA) - Bologna, May 20 - There were clashes Monday between leftist collective members and police at a protest against a rally by the far-right Forza Nuova (FN) party in Bologna on Monday.
Police baton charged to push back the Bolognese collectives' march in the centre of the Emilian capital.
The protesters tried to break through the police cordon.
Police responded with water cannon.