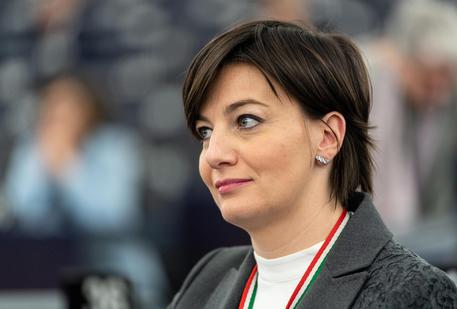 (ANSA) - Milan, May 15 - An MEP for former three-time premier and media magnate Silvio Berlusconi's centre-right Forza Italia (FI) party and the Lombardy head of Italian industrial employers group Confindustria were placed under investigation for illegal party funding over a payment of over 30,000 euros on Wednesday.
FI MEP Lara Comi is under investigation for illegal party funding in a big Milan graft probe involving politicians, businesspeople and allegedly the Calabrian-based 'Ndrangheta mafia, sources said Wednesday.
At least two regional FI high-ups have already been implicated in the probe, in which a total of 43 people were arrested earlier this month.
Marco Bonometti, the president of Confindustria's Lombardy chapter and president of the Brescia-based company Officine Meccaniche Rezzatesi, is also being probed by Milan's DDA anti-mafia investigators for illicit funding, investigative sources said Wednesday.
Bonometti is also being investigated as part of the sweeping kickbacks probe by Milan anti-mafia prosecutors in which the 43 arrest warrants were issued in Lombardy and Piedmont eight days ago.
Bonometti, who is considered close to FI by investigators, was questioned by magistrates over illicit funding worth 31,000 euros allegedly given to companies linked to Comi, allegedly for a consultancy, according to the sources.
Comi's lawyer said "the consultancy was legal and there was no illegal funding".
A key suspect in the Milan probe into kickbacks between politicians and businessmen allegedly involving the 'Ndrangheta mafia remained under house arrest this week.
Fabio Altitonante, an FI Lombardy regional councillor, saw his plea to be released rejected Monday after a judge found he was still "influential".
Altitonante could still commit crimes, the judge said, meaning he had to stay under house arrest.
Altitonante and an FI European election candidate, Pietro Tatarella, were among those arrested in the kickbacks probe by Milan anti-mafia prosecutors on May 7.
FI councillor Altitonante, regional undersecretary for the Expo area for the Lombardy regional government, was taken into custody along with Milanese city councillor, deputy FI regional coordinator, MP and European Parliament candidate Pietro Tatarella.
Altitonante and Tatarella had both had a precocious start leading to promising careers in the party of former three-time premier and media magnate Berliusconi, and had been dubbed 'golden boys'.
Also arrested was a businessman in the waste management and environmental clean-up sector, Daniele D'Alfonso, who owns the Ecol-Service company.
Prosecutors said Tatarella was on D'Alfonso's "pay book" and received 5,000 euros a month for steering contracts of waste company AMSA his way as well as other contracts in Varese and Novara, where another FI MP, Diego Sozzani, was said to be "active".
Sozzani said he would resign if there were a "shadow" of proof against him.
Tatarella was caught on a wiretap urging other suspects: "let's try and get into the area of the former Expo".
Another of those arrested, ex FI provincial coordinator in Varese Gioacchino Caianiello, was said to be the "puppet master" for many of the kickbacks.
Illicit funding to the nationalist Brothers of Italy (FdI) party was also unearthed, prosecutors said, a claim the party denied.
Prosecutors said there was also an episode of "instigation to corruption" regarding Lombardy Governor Attilio Fontana, who is the injured party and is not under investigation.
"I'm the injured party, I'll talk to the prosecutors," Fontana said.
Prosecutors said they were "evaluating the position" of Fontana, who is accused of abuse of office in relation to the appointment of a former law partner to a regional post.
Overall, some 43 warrants were issued in the probe against two criminal groups, operating between Milan and Varese and made up of local politicians, civil servants and business people, some with alleged 'Ndrangheta links.
Those served warrants are accused of conspiracy to commit crimes aggravated by setting up a mafia type organisation, corruption and bid rigging, aimed at sharing out pubic contracts.