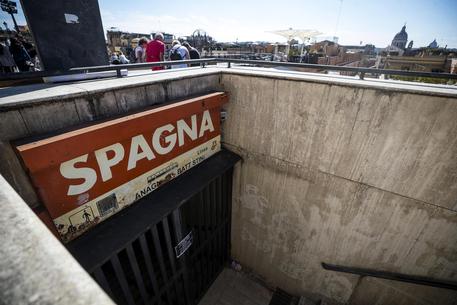 (ANSA) - Rome, May 7 - The Spagna station on the A line of the Rome metro reopened on Tuesday after being closed for a month and a half.
Trains stopped at the central station again at 18:00 after tests on its escalators by transport ministry officials were positive.
But two other central stations on the A line, Barberini and Repubblica, remain closed due to problems with the escalators.
The Spagna and Barberini stations were closed in March after a step gave way at a escalator at the latter.
Both stations were closed as they use the same type of escalator.
Spagna is close to Rome's famous Spanish steps. The Repubblica station has been closed since an October 23 accident in which 20 CSKA Moscow supporters on their way to a Champions League clash against AS Roma were hurt when an escalator went berserk.