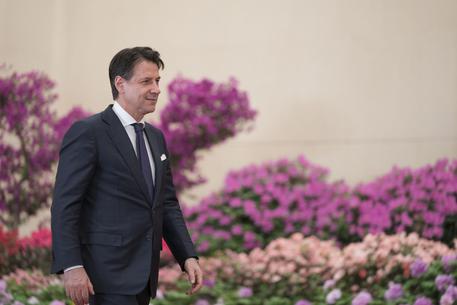 (ANSA) - Beijing, April 26 - Italy is with neither General Khalifa Haftar nor Libyan Premier Fayex al-Sarraj in the Libya crisis, Premier Giuseppe Conte told a press conference in Beijing Friday.
He said Haftar's aim of reuniting Libyan territory might have "an inspiring logic and a plausibility but our position is proving to be far-sighted".
"I am not supporting any individual Libyan actor," said Conte.
"We believe that a military solution is absolutely not trustworthy," Conte said.
He said the Italian position was "in favour of the Libyan people, not Haftar or Sarraj.
"It is in favour of the Libyan people which has been suffering for too long.
Conte called on the leaders of the EU and the US to help reach a political solution.
Conte earlier Friday phoned Sarraj, premier's sources said.
The call took place shortly after Conte arrived on a visit to Beijing, they said.
Conte "announced that Italy will make every possible effort to put an end to this crisis and the shedding of Libyan blood," the government of national accord said on its Facebook page.
"Conte stated that there is no military solution to the crisis in Libya," it said.
Italy is trying to broker a ceasefire between Sarraj's UN-backed government and eastern Libyan strongman Haftar.
Haftar's forces have moved close to Tripoli, where the internationally recognised government is located.
Conte on Friday called for "an immediate end to this attack and the return of Haftar's forces to their previous positions," the Sarraj-led government said.
"The premier reiterated Italy's total refusal of the attack on Libyan capital Tripoli, which takes Libya back to the time of the wars after it was close to a political solution to the crisis", it said on Facebook.
Sarraj, for his part, said the Libyan national army would continue to defend the capital with all their strength and keep fighting till "the forces of the aggressor withdraw and return to their former positions".