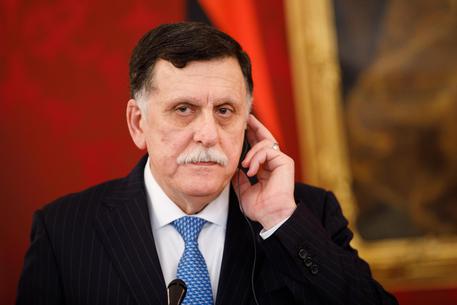 (ANSA) - Rome, April 15 - Some 800,000 migrants are set to invade Italy from conflict-torn Libya, Premier Fayez al-Sarraj told Corriere della Sera Monday.
"Do something quickly," he said, "the worsening of the situation in Libya could push 800,000 migrants and Libyans to invade Italy and Europe".
Among them, he said, were criminals and, above all, jihadists linked to ISIS.
Sarraj thanked Italy for its mediation and support for peace in Libya.
Eastern Libyan strongman General Khalifa Haftar has "betrayed Libya and the international community" with his offensive on the UN-backed government in Tripoli, Sarraj said.
"We need Rome and the EU to be united and firm in blocking Haftar's war of aggression," he told journalists.
"I thank Italy for keeping its embassy open, for keeping the Misrata field camp and for the political support that the Conte government is offering us.
"We are faced with an aggression that might spread its cancer in all the Mediterranean".
Ghassan Salamé, the UN's special envoy for Libya, on Monday accused General Haftar of conducting a coup attempt.
He denied that it was an anti-terrorism operation in speaking to the BBC.
Dozens have been killed in the fighting since the general ordered his Libyan National Army forces to advance on Tripoli, where the UN-backed Government of National Accord is located.
Interior Minister and League leader Matteo Salvini said "there are those who are playing at war for their interests".
He said that western powers should remember the lessons of the past.
Salvini has criticised France for its alleged support for Haftar.
Premier Giuseppe Conte met Qatari Deputy Premier Mohammed bin Abdulrahman Al-Thani to discuss the Libya crisis in Rome Monday.
Foreign Minister Enzo Moavero Milanesi met Libyan Deputy Premier Ahmed Maitig. Conte said "we must stop this conflict continuing. I will do my utmost to make sure all the Libyan actors work with us for a peaceful solution".
The toll from the fighting between forces loyal to Haftar and the UN-backed government in Tripoli rose to 130 dead and 560 injured with 16,000 displaced Monday.