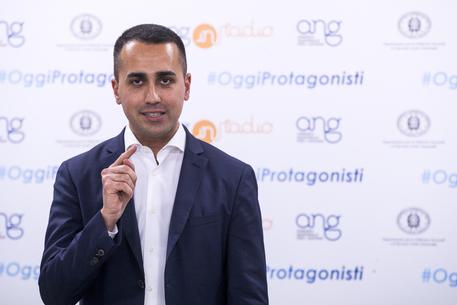 (ANSA) - Rome, April 4 - Deputy Premier and ruling 5-Star Movement (M5S) leader on Thursday denied press reports that Economy Minister Giovanni Tria will be replaced after the European elections by a candidate proposed by junior government partner the League.
"The government is united and the report we'll offer the Treasury to the League are myths and legends", said labour and industry minister Di Maio.
Di Maio added that "there will be no supplementary budget or wealth tax" to keep public finances on track.
The government is working on a minimum wage, he added.
Meanwhile there is expectancy about a cabinet meeting starting at 16:00 which is expected to issue a growth decree containing compensation for bilked bank savers, an issue that has split the government.