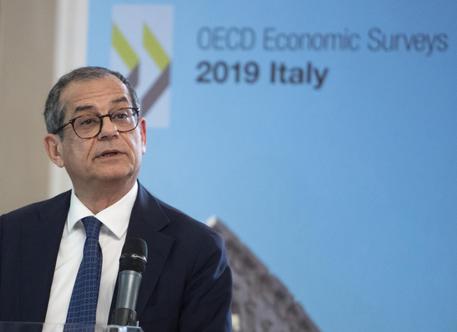 (ANSA) - Rome, April 3 - The anti-establishment 5-Star Movement (M5S) are still pressing Economy Minister Giovanni Tria to issue a decree compensating bilked bank savers and to get rid of an advisor who has been accused of being too cool towards the M5S-League government.
Claudia Bugno on Tuesday pulled out of a proposed job at STM Microelectronics because of the row but stayed on as an economy ministry advisor.
The M5S on Wednesday reiterated their demand that Bugno should quit.
Tria counter-attacked in Corriere della Sera newspaper saying "only trash has been launched against me" and rejected all notion of his quitting as well.
"That talk is nonsense," he said.
"If I quit we'd have to see what the reaction of the markets would be".
The centre-right and centre-left oppositions defended the ministers and said he was being subjected to "intimidation".