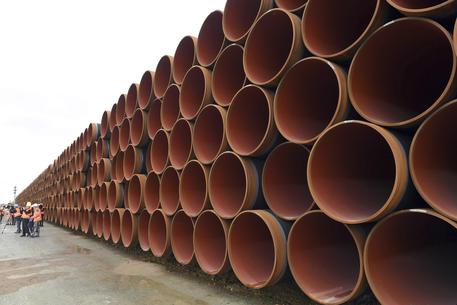 (ANSA) - Rome, April 2 - The European Union's decision to impose tariffs on Brazilian steel products, announced in January, set off an alarm in the sector in Brazil.
Seen as part of the trade war triggered by US President Donald Trump, the Brussels measure will affect seven sectors of the national steel industry - such as pipes, sheets and blades - which will pay 25% in surcharges starting from a certain quota.
The initiative is a reaction to the international steel barriers, in particular Chinese ones, imposed by Trump, which have led to the mass arrival in the EU of products destined for the American market.
"It is a complication, I think we will not emerge unscathed from these decisions," said Carlos Eduardo Baptista, president of the Brazilian Metal Tubing and Accessories Industry Association (Abitam), organizer of the Tubotech fair, in collaboration with Cipa Fiera Milano, scheduled for 1-3 October, in Sao Paulo.
Currently, Brazil represents 2% of the global production of pipes, with a total of 5 million tonnes a year. According to Baptista, any obstacle placed on the world market will inevitably spark great fear in the country.
The Brazilian market has a strong presence of multinationals, such as the French Vallourec and the Italo-Argentine Tenaris, which maintain global strategies and have plants in other countries. If the Brazilian product becomes more expensive, they might move their exports towards other units.
"As soon as barriers are created on one side or another, that produces problems. I think that well in any case feel the impact of the these reprisals among great powers, although almost at the root all these measures come from China's decision to market all over the world steel products with a price well below trade standards," added the president of Abitam.
This way, too, according to Baptista, the tubing sector should still present a positive sign in 2019, albeit timid, after a year of insignificant growth.
"Historically, the growth of the sector is double that of GDP, and if the government really expects GDP growth, then the market can still grow: if it were to reach growth of 2-3%, we would be very happy," he stressed.
The government and major infrastructure projects are the main buyers in the pipes market, as is the building sector, the oil and gas sectors and the car industry.
"We expect that the first half of the year will be marked by a clash between the government sand parliament to approve the first reforms: in the meantime, the market is still waiting, even though it maintains optimism", Baptista added.
One of the pieces de resistance of the government of Jair Bolsonaro is in fact the promotion of the country's insertion into international trade, also via the reduction of import tariffs, but for the president of Abitam this must be accompanied by a reduction of what he calls "the Brazil cost".
"We are burdened by a series of expenses that doe no exist in the rest of countries. If the government commits to gradually reducing import tariffs and at the same time moves to progressively reduce the 'Brazil cost', we have nothing to object," said Baptiste, according to whom "Brazil must competitive, but the firms already are".