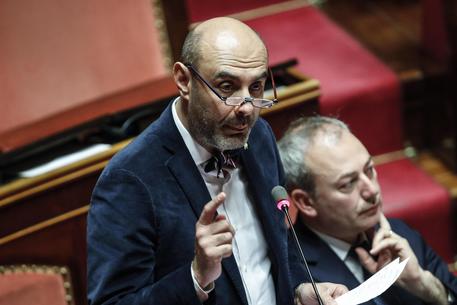 (ANSA) - Rome, April 1 - A controversial bill to reform family law filed by League Senator Simone Pillon cannot be shelved, the nationalist populist League said Monday.
The bill changing the law on child custody after separations has been criticised by United Nations officials.
The officials picked up on the obligations for the children to meet both of their parents following a separation, even if one has been violent.
"The text can be improved: probably a single basic text will synthesise with the other proposals, but you can't shelve the (government) contract", said League Whip Massimiliano Romeo after Cabinet Undersecretary Vincenzo Spadafora of the anti-establishment 5-Star Movement (M5S) said earlier Monday that the controversial bill had been shelved.
"The M5S can think what they like but you certainly can't shelve what has been written in the government contract," said Romeo.
"One shared custody it is very clear, starting from the permanence of the children with equal time between the parents.
"The Pillon bill, which was also signed by the M5S, reflects the contract".