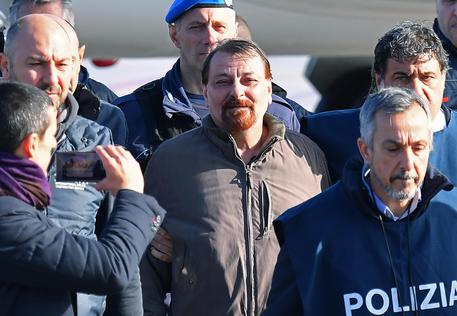 (ANSA) - Milan, March 26 - Former leftist terrorist Cesare Battisti should say who helped him remain a fugitive from Italian justice for almost 40 years, one of the investigating magistrates who dealt with the four murders he committed in Italy's Years of Lead said Tuesday.
Battisti was long a fugitive in France and Brazil before the latter extradited him to Italy to serve two life terms for the murders last year.
On Monday he finally apologised for them.
"If he wants to give a tardy contribution," said former judge Pietro Forno, "he could do by speaking about those who supported, sustained, funded and helped his flight (from justice) and his being on the run".
Forno said Battisti's statement Monday was a "normal proclamation of the so-called disassociated (ex-terrorists) who don't give any contribution to the authorities of the State they say they respect".