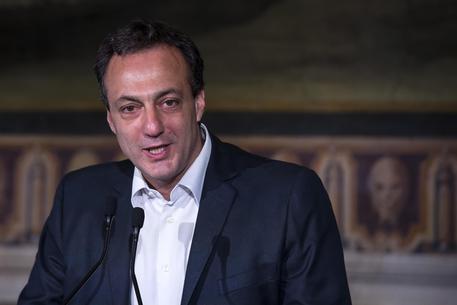 (ANSA) - Rome, March 20 - Marcello De Vito, the president of the Rome city council assembly and a member of the 5-Star Movement (M5S), was arrested by Carabinieri police on Wednesday in relation to a probe into AS Roma's project to build a new stadium in the city and a market revamp, sources said. Two entrepreneurs were also arrested.
The probe is into alleged crimes including corruption and illegal influence peddling, the sources said.
Deputy Premier and Labour and Industry Minister Luigi Di Maio said De Vito was being ejected from his M5S party.
"Marcello De Vito is out of the 5-Star Movement. I take the responsibility for this decision," M5S leader Di Maio said via Facebook.
"What has emerged over the last few hours (in relation to the probe) it not just serious, it is shameful, morally low and an insult to all of us, each spokesperson for the Movement in the public institutions and every activist who works so hard every day for this project".
Rome Mayor Virginia Raggi, also of the M5S, said that wrongdoers should get no leniency after De Vito's arrest.
"No leniency. There is no space for corruption in Rome," said Raggi. "Those who have done wrong will not have any leniency from this administration".
De Vito has already been replaced by another M5S member, former assembly deputy chief Enrico Stefàno, sources said later.
Stefàno was picked by the M5S caucus and Mayor Raggi, they said.
De Vito was arrested for suspected corruption in connection with the AS Roma stadium project and another project, the revamp of the former general markets area.
Wiretaps say De Vito received bribes on the latter from the Toti construction brothers.
On one wiretap, De Vito is heard to say "let's distribute the money". The other entrepreneur involved, lawyer Camillo Mezzacapo, advised De Vito "not to touch the money now but when your mandate is over".
De Vito also told Mezzacapo that "even the Gabibbo would have won in Rome", referring to a costumed satirical figure involved in TV exposès.