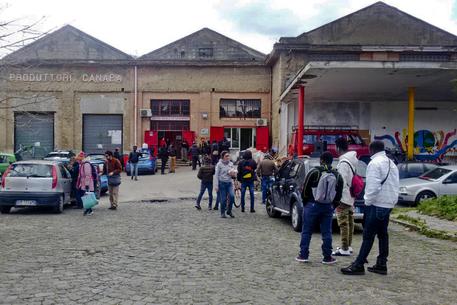 (ANSA) - Salerno, march 18 - Thirty-five people were placed under investigating Monday for allegedly "enslaving" migrants were who forced to pay 5-12,0000 euros to get stay permits and were allegedly exploited in farm labour.
The gang, which allegedly earned over six million euros since 2012, was based in Salerno and had offshoots in Matera and Pistoia, police said.
Some 27 people were placed under house arrest and eight were ordered to report regularly to police.