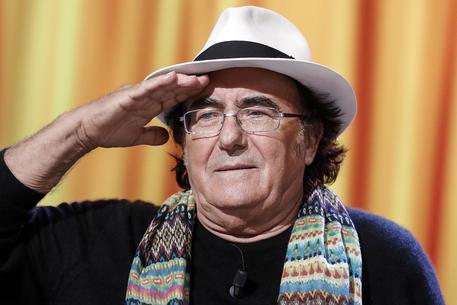 (ANSA) - Moscow, March 11 - Ukraine's culture ministry has put Italian singer Albano Carrisi, better known by his stage name Al Bano, on its list of individuals considered a threat to national security, Interfax reported on Monday. The list, compiled and updated by the culture ministry on the basis of requests by various other public agencies, is currently made up of 147 people. Al Bano and his ex-wife Romina Power were big in the Soviet Union in the 1980s and they are still popular in Russia. "I swear to me that it is a bolt from the blue," the singer told ANSA.
"Quite simply I have never done anything either against Ukraine or against any other country in the world".
"I go, I sing my songs, I sing about peace and I have always presented myself as a man of peace. And I will continue to be one because I believe in it". He added: "I think Putin has done a really great job for Russia, but I don't want to go into the merits.
He said he had been "perfect" on Syria in "blocking Obama who wanted to declare war on Syria".
Asked about the civilian victims in Syria Moscow is accused of causing, he said "sadly the craziest thing in the world is war".
"We should remove the word war from the human vocabulary.
Only then could we regard ourselves as human".