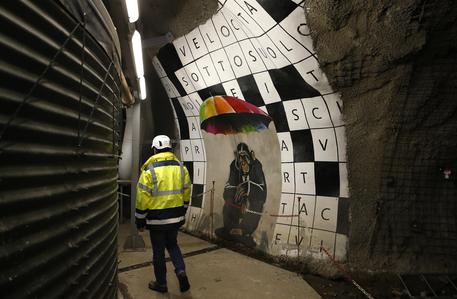 (ANSA) - Rome, March 11 - The board of TELT, the Italian-French company building the tunnel for the TAV Turin-Lyon high-speed rail link, on Monday approved a call for tenders for work in relation to the project. The tenders had been on hold since February 19.

At the weekend Premier Giuseppe Conte came up with a compromise that stopped the issue of whether to continue with the TAV from plunging the executive into crisis, at least for the moment.
Conte told TELT that the call for tenders could be launched but activity implicating financial commitments from Rome should not begin until Italy has renegotiated the agreement for the project. Deputy Premier and Labour and Industry Minister Luigi Di Maio's 5-Star Movement (M5S) wants the project ditched on cost and environmental grounds. But fellow Deputy Premier, Interior Minister and League leader Matteo Salvini says it should go ahead. "In the light of what has emerged over the last few days, it is clear that the TAV will not happen," Foreign Ministry Undersecretary and M5S member Manlio Di Stefano told La7 television on Monday.

Italy needs new public works "but only those that are really needed," Premier Giuseppe Conte said referring to the TAV. Conte said that many Italians were "obsessed" by the TAV but "I have a bigger problem: the recovery of Italy, launching a system of infrastructure in Italy".

The Piedmont branch of Italian industrialists confederation Confindustria, meanwhile, said Monday that it was launching a media campaign to combat fake news about the TAV. Confindustria Piemonte said the project was "strategic for the competitiveness of the manufacturing system and for the modernization of the communication network than connects Italy to Europe". The campaign features short videos in which Piedmont entrepreneurs give information about the TAV project.