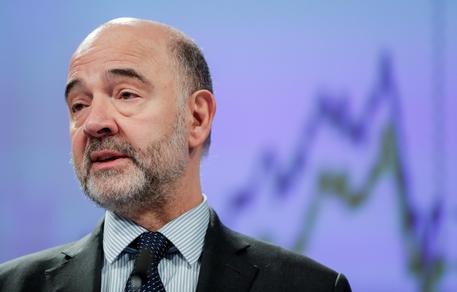 (ANSA) - Brussels, February 27 - Italy still has "excessive" economic imbalances, the European Commission said in its Country Report on Italy Wednesday.
In particular, "the high (public) debt and protracted scant productivity imply risks with a transnational significance, in a context of high levels of NPLs and unemployment," the report said.
"The debt will not fall in the next few years, given that weak macro prospects and the current government budget plans, albeit less expansive than before, imply a deterioration in the primary surplus".
The Commission said that "the 2019 budget includes measures that overturn elements of important reforms done previously, in particular on pensions, and does not include effective measures to boost the growth potential".
It said "despite some progress in mending banks' balance sheets, reforms of bankruptcy law and active policies on the labour market, the impetus of reforms has been amply stalled in 2018".
The Commission said that "higher rates with respect to the levels of the start of 2018 are affecting banks' funding costs and capital buffers, weighing on the supply of credit to the economy and GDP growth".
It said "the stock of non-performing loans (NPLs) has continued to fall significantly, but keeping up the pace of reduction in NPLs will be challenging given the conditions of the market".
Presenting the report, Vice President for the Euro Valdis Dombrovskis said "we remain concerned that debt is not falling because of the government's weak economic plans, and in general the impetus of reforms has stopped".
He said "The Commission remains vigilant and will closely monitor the Italian situation" to make a Spring assessment based above all on "the level of ambition of the national reform programme".
The Italian situation is "concerning" and the EC's message is "well-known and strong: it must improve its public finances, the efficiency of the public administration and the judicial system, and reinforce the financial system," Economic Affairs Commissioner Pierre Moscovici said.
He said "the urgency is still more felt given the weakening of the Italian economy which, I remind you, is growing by 0.2%".
Photos: Dombrovskis; EC President Jean-Claude Juncker and Moscovici