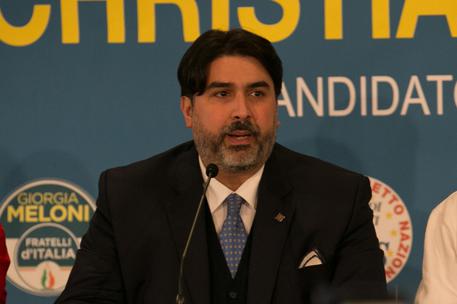 (ANSA) - Cagliari, February 25 - Centre-right candidate Christian Solinas won Sunday's regional elections in Sardinia after the second-placed candidate conceded defeat after the results of about half of the ballot sections came in on Monday. Solinas had over 47% of the vote after the count at 930 of the 1,840 sections, followed by centre-left candidate Massimo Zedda with about 33%, 14% behind, who conceded and wished Solinas well. Francesco Desogus of the 5-Star Movement (M5S) was third with around 11%. This compared with 33% for the M5S at last year's general election.
Solinas said: "today Sardinia won. I thank the Sardinians for their trust, the government project we presented was rewarded. I never saw a head to head (with the centre left), which wasn't true, 14 points of advantage are an incontrovertible figure".
The turnout for Sunday's vote was 53.75%, up slightly with respect to the regional elections on the island in 2014.
Premier Giuseppe Conte and Deputy Premier Luigi Di Maio both said Monday that the outcome of Sunday's regional elections in Sardinia will not affect central government. Di Maio's 5-Star Movement (M5S) looks set to come a distant third while Deputy Premier and Interior Minister Matteo Salvini's League is set to help a centre-right alliance win the vote on the island. The League and M5S were rivals until they teamed up to form a coalition government after last year's general election.
Salvini's party continues to run with its traditional centre-right allies in local and regional elections. The M5S, which also fared badly in recent regional elections in Abruzzo, continues to run alone.
"We must not emphasize the role of regional elections," Conte said on the fringes of the EU-Arab League summit in Sharm El Sheikh.
"They are important for Sardinia and they give some electoral food for thought but I do not think consequences for the national government can derive from it". Labour and Industry Minister Di Maio echoed those sentiments, but said the party needed a shake-up in the light of recent poor performances.
"Nothing changes for the government," he said.
"I don't see any problems. "Obviously we don't have the official figures but we are positive because, for the first time, we are going to have regional councillors in Sardinia".
But he stressed "we will go ahead with reorganisation and between today and tomorrow there will be important news for the Movement.
"The reorganisation will help us cover more ground and respond to citizens' needs.
"It won't be a lightning process, it will be an important process that will help the Movement get stronger".
Di Maio said among the ingredients would be weighing alliances with local civic lists, ending the movement's tradition of never teaming up with other forces.
League leader Salvini also said that "the result changes nothing at the level of the national government".
He added "from the general election to today if there is one sure thing it is that out of six electoral consultations, the League wins 6-0 against the Democratic Party (PD). "Also in Sardinia, after Friuli, Molise, Trento, Bolzano and Abruzzo, the citizens have chosen to let the League govern. "And like in Abruzzo, in Sardinia too it is the first time we have run in the regional elections." The Sardinian election result is showing a renewed bipolar system between the two centre-right and centre-left blocs, Lazio Governor and Democratic Party (PD) leadership favourite Nicola Zingaretti said.
"The Sardinia result maps out a bipolar system that sees a clash between the centre right and the centre left (again)," said Zingaretti.
"Just a few months ago everyone was convinced that the bipolar system was between the League and the M5S".
He said the "centre left people" has not disappeared and with the right candidates would return to the fold after the PD scored 18%, its worst ever, at the general election a year ago.
Brothers of Italy (FdI) leader Giorgia Meloni said "after this new collapse of the 5-Star Movement it seems to me that the end of the government is getting closer".
"We are very satisfied at the umpteenth victory of the centre right and in particular the growth of FdI and the League, the only parties to go forward".
At a party level, not counting alliances with civic lists, the PD came top with almost 15% of the vote followed by the League with about 12%.
photo: Solinas