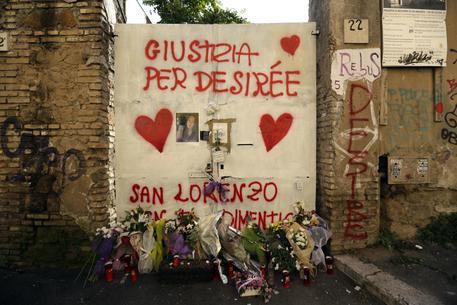 (ANSA) - Rome, February 15 - A 21-year-old Botswana woman was arrested Thursday night in connection with the case of a 16-year-old Roman girl, Desirèe Mariottini, who was drugged, gang-raped and murdered in an abandoned building in the Italian capital's San Lorenzo district in October.
Prosecutors said the woman supplied Mariottini with drugs "in a continual and aggravated way" in the days leading up to her death.
Drugs and methadone were found on the woman, police said.
A Rome re-examination court on November 15 ruled that murder charges should remain against a 27-year-old Senegalese man in Mariottini's death in the Rome drugs dens.
Mamadou Gara is still charged with murder in the death of Mariottini.
For another two arrested men the re-examination court had dropped murder charges.