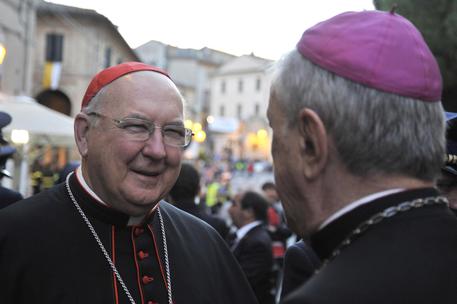 (ANSA) - Vatican City, February 14 - The Vatican said Thursday that Pope Francis has appointed American Cardinal Kevin Joseph Farrell as the new Camerlengo of the Holy Roman Church.
Farrell, the 71-year-old prefect of the Dicastery for the Laity, Family and Life, replaces Frenchman Jean-Louis Tauran, who died in July.
The Camerlengo has the job of presiding over the 'sede vacante' period that follows the death of a pope, managing the Church's affairs until a new pontiff is elected. As well, the Camerlengo verifies the pontiff's death and then destroys his ring.