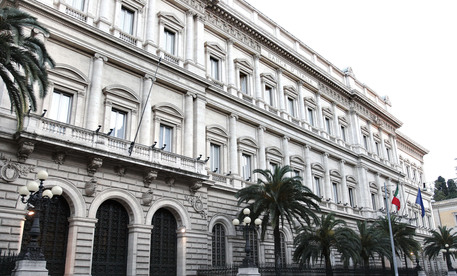 (ANSA) - Rome, February 12 - The 5-Star Movement (M5S) said on its blog on Tuesday that it was determined to bring about change at the Bank of Italy.
EU officials and Economy Minister Giovanni Tria have spoken up to defend the independence of the central bank after Deputy Premiers Luigi Di Maio and Matteo Salvini called for a change at the helms citing alleged lack of vigilance over Italy's banking crises.
"All we want, as the 'government of change', is to have a say on the names of the people at the head of the Bank of Italy and (stock-market regulator) CONSOB," the blog post read.
"It is allowed by the law and we will do this without being afraid of affecting some of the powers that be".
"Those who took part on the oversight of recent years, the biggest failure in oversight in our history, cannot keep their position as if nothing has happened".