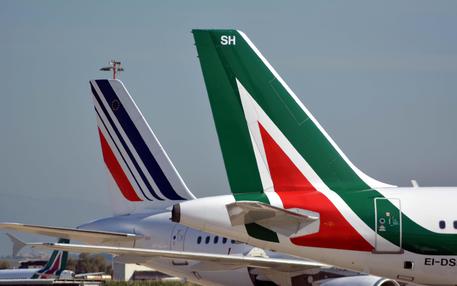 (ANSA) - Rome, February 8 - Air France's "enthusiasm" for helping rescue lossmaking Italian airline Alitalia did "not cool now" amid a Franco-Italian diplomatic spat but previously, Deputy Premier and Industry Minister Luigi Di Maio said Friday.
"I've been following the Alitalia dossier for several months.
Air France's enthusiasm has not cooled down now," said Di Maio on the regional election stump in Abruzzo.
As proof of this, he said the work Ferrovie dello Stato (FS) rail group "is doing with private partners at the moment concerns other private partners".
On Friday the Il Sole 24 Ore newspaper reported that Air France-KLM is pulling out of the Alitalia rescue.
It is doing so, the Italian financial daily said, "for political and institutional reasons following the recall to Paris of the ambassador to Rome".
FS, which is handling the rescue, had been expecting a formal commitment by the Air France-KLM board, which was reported to be considering a part in the operation alongside Delta, "but yesterday Paris's no arrived", Il Sole said.