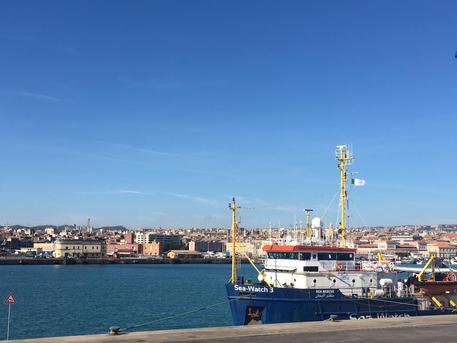 (ANSA) - Rome, February 1 - The Coast Guard has impounded the Sea-Watch3 migrant rescue ship at Catania due to the violation of norms on navigational safety and safeguarding the marine environment, Transport Minister Danilo Toninelli said Friday. "We are talking of a vessel registered as a 'pleasure yacht', which is not qualified to carry out migrant sea rescue operations," he said.
"It appears obvious, given that it is substantially a yacht.
That is not allowed in Italy".
The Coast Guard said earlier they had found "irregularities" on the German NGO ship whose 47 migrants landed in Catania Thursday after a deal with the EU. The "non-compliant" elements were said to involve "both the safety of navigation" and "the respect for norms on safeguarding the marine environment," sources said.
The ship will not be allowed to leave Catania until these matters have been cleared up, sources said.