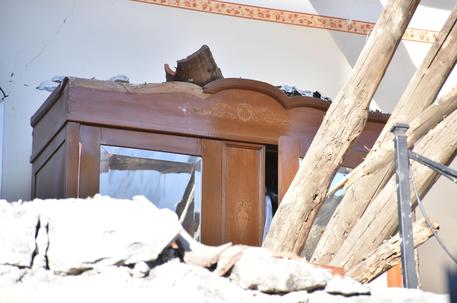 (ANSA) - Rome, December 27 - A state of emergency will be declared Friday for the Etna quake that injured 28 and left 600 homeless in the villages in the lee of Europe's tallest active volcano, Deputy Premier Luigi Di Maio said Thursday.
The seismic activity has calmed amid thousands of aftershocks since the Christmas Day 4-8 magnitude quake that damaged buildings across a swathe of towns near Catania and toppled a statue that had been erected to ward off quakes.
Civil protection chief Angleo Borrelli said Thursday "an alert was in place and had been raised" after a Christmas Eve eruption from the Sicilian volcano.
"Of course, earthquakes cannot be predicted," said Borrelli.
Di Maio and the other deputy premier, Interior Minister Matteo Salvini, will visit the areas affected later Thursday.
Sicily Governor Nello Musumeci will declare a state of calamity.
Among those made homeless, some slept in their cars next to their ruined buildings for fear of looters plundering their belongings.