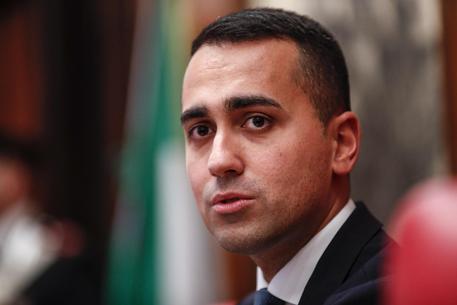 (ANSA) - Rome, December 11 - Deputy Premier and Labour and Industry Minister Luigi Di Maio suggested on Tuesday that the European Commission should worry about France's budget plans not just Italy's. He was commenting after French President Emmanuel Macron announced a series of measures to alleviate hardship following the recent wave of violent protests. "According to our calculations, the measures do not comply with the deficit-to-GDP ratio that has been given," 5-Star Movement (M5S) leader Di Maio said after a meeting with business representatives.
"So it will have to increase the deficit and a case about France will open up too, if the rules are valid for everyone.
"We are not hopeful," he added. Di Maio reiterated that the M5S's key election pledge, the 'citizenship wage' basic income for job seekers, will start "at the end of March at the latest".
He said the 'quota 100' pension reform to effectively bring down the retirement age will come into force in February or March.