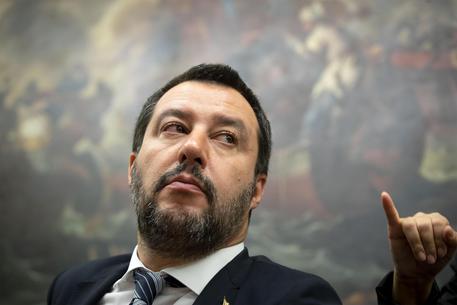 (ANSA) - Rome, December 6 - Deputy Premier and Interior Minister Matteo Salvini will meet on Sunday with the heads of 12 business associations that took part in a protest in Turin on Monday to complain about the budget and say they are in favour of the TAV Turin-Lyon high-speed rail link, sources said Thursday. The meeting with Salvini and Cabinet Secretary Giancarlo Giorgetti will take place at the interior ministry, the sources said. Salvini hit back on Tuesday at Confindustria after its leader criticised the government.
"Some people were silent for years while entrepreneurs and artisans were getting massacred," Salvini said.
"Now they should let us work (in peace)".
During the demonstration Confindustria President Vincenzo Boccia suggested that Premier Giuseppe Conte should quit if he is unable to convince his two deputies, Salvini and Labour and Industry Minister Luigi Di Maio of the 5-Star Movement (M5S), to bring down the deficit enough to avoid an EU infringement procedure.