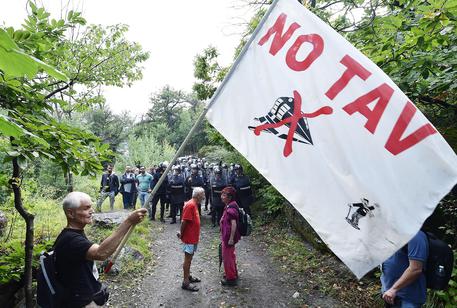 (ANSA) - Brussels, December 6 - The European Commission said Thursday that Italy may end up having to pay back EU funding for the TAV Turin-Lyon high-speed rail line. "The European Commission cannot rule out asking Italy to repay the contributions it has had so far if the funds cannot reasonably by spent in line with the financing agreement, in appliance of the principle to 'use or lose the funds'," a spokesperson said following a decision to delay decisions on the project until 2019. "A figure cannot be given at the moment. "Let's hope that this does not happen because we think the Turin-Lyon is an important project". The 5-Star Movement-League government has said it will decide whether to press ahead with the TAV after a new cost-benefit analysis.
Many M5S members are strongly opposed to the project.
"It is important that all the parties maintain their efforts to complete the TAV on time and in line with the financing agreement," the spokesperson added. "It's an important project not just for France and Italy, but also for the whole EU. "As with any other Connecting Europe Facility project, delays in implementation could led to a reduction in the EU funding allocated".