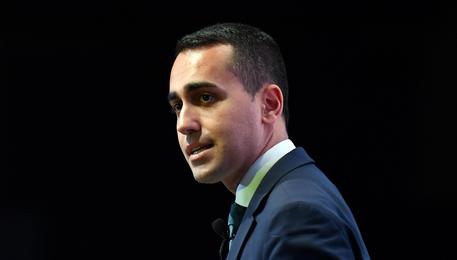 (ANSA) - Milan, November 23 - Deputy Premier and Labour and Industry Minister Luigi Di Maio said Friday that the government was ready to take talks to "the bitter end" to find an agreement after the European Commission this week rejected its budget plan for 2019. The Commission says the package, which sees Italy running a deficit of 2.4% of GDP next year, breaches the EU's budget rules.
The government has refused to make major changes, saying an expansive budget is needed to finance key pledges and boost sluggish growth. "We must try to have dialogue till the bitter end with all the European Commissioner, with the Commission, to explain the virtues of these measures and, above all, to explain how the budget can improve, especially in terms of cutting waste," the 5-Star Movement (M5S) leader said. Di Maio said the government's key pledges will kick off as planned in 2019.
These are a pension reform to effectively bring down the retirement age by making it possible to start claiming a State pension when a person's age plus their years of social-security contributions add up to 100 and a 'citizenship wage' basic income for job seekers. Italy has also come under pressure on the financial markers over the budget.
"When the budget is definitively approved by the end of the year, you'll see that the everyone will understand the new measures," Di Maio said.