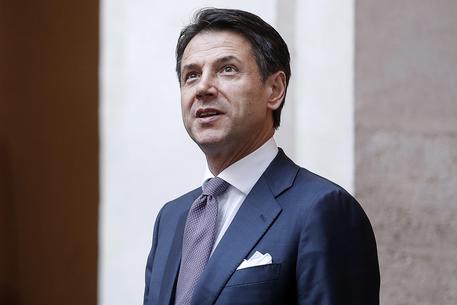 (ANSA) - Rome, November 22 - Premier Giuseppe Conte said Thursday that if the ECOFIN backs the European Commission's call for an excessive budget infringement procedure over the 2019 budget, "we will ask for a very long timeframe" for its enactment.
Conte told the House that the government would reply to the European Commission illustrating "the (budget) plans and decisions" and "we will explain the effects of the budget on growth".
He also said "we will accelerate investments and remodulate the measures" to make sure the budget complies with debt rules.
Conte said the EC saw a deterioration in growth but this would not happen thanks to pump-priming measures including a basic income and public investments.
He said the government's reforms were "in line with the ECOFIN's recommendations".
Meanwhile Economy Minister Giovanni Tria told the Senate, persistently high bond spread could impact Italian home mortgages.
Tria said budget moves were still being defined amid a new budget spat between Deputy Premier Matteo Salvini and European Economic Affairs Commissioner Pierre Moscovici.
"If the increase in the spread were to persist over time the impact on rates practised by banks on mortgages could prove to be significant," he said at question time.
Tria said, citing Bank of Italy data, that the rise of the spread so far "has not influenced in an adverse way mortgage rates", while the latest data from the Italian banking Association indicate "an increase in the average rate on new mortgages in October".
Tria told the Senate that "the design of the measures (in the budget) is still in a process of definition in order to guarantee the maximum efficacy in terms of employment and development".
Asked when the "novelties" might come, he replied they might start when negotiations with the European Commission begin, and "now I do not know".
Tria said that Italy, with its budget, was trying to "ward off the risk of a third recession that could have devastating consequences.
Tria said the government was hoping to work "without prejudice" with the European Commission on the 2019 budget "with the aim of arriving at a shareable solution" after Brussels rejected the package for the second time.
He said it was in both Italy's and the EC's interest to tone down the "dramatisation" of the budget tussle.
Deputy Premier and Interior Minister Salvini, meanwhile, hit back on Thursday after European Economic Affairs Commissioner said there could be no negotiations with "carpet sellers" after the EU executive rejected Italy's budget plan for 2019. "The Italian people are not a people of carpet sellers or of beggars," League party leader Salvini said. "Moscovici continues to insult Italy but his salary is paid by the Italian people in part. Enough is enough. We've run out of patience". Moscovici had suggested that Italy will have to give a lot of ground to make a solution possible over its budget. "We can have a agreement on the rules, move closer to the rules, but there can be no negotiation with carpet sellers," Moscovici said in the French parliament. "If the ball falls on the line in tennis, maybe slightly on the far side, an indulgent umpire can consider you to have won the point. "But if you hit the ball in the stands, the umpire can't give you the point". He added that at the moment, with Italy, "the ball is in the stands and the Commission is the umpire".
Earlier on Thursday Salvini said the government will not change direction on the budget. "We don't take steps backwards," Salvini told State broadcaster RAI.