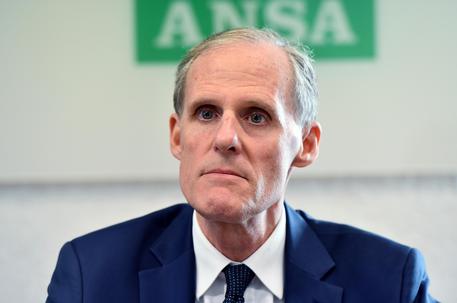 (ANSA) - Rome, November 22 - The recent Palermo Conference on Libya showed that there is "no rivalry" between Italy and France on how to best stabilise the north African country, French Ambassador to Rome Christian Masset told an ANSA Forum on Wednesday.
The conference, he said, "was the demonstration that there is no rivalry between Italy and France.
"France was at Italy's side sharing the objective of stability that the Libyan people needs, and by working together".
He said "the rivalry did not exist even before Palermo," denying media reports.
The conference, he stressed, had been "very useful" because "the international community and the main Libyan actors pledged to follow up the plan of the United Nations envoy Ghassam Salamè".
The two-day International Conference on Libya ended in Palermo November 13 with a diplomatic victory for Italy, after the two main antagonists, Field Marshal Khalifa Haftar and Prime Minister Fayez Al-Sirraj, shook hands blessed by Italian Premier Giuseppe Conte.
All the participants agreed to back the UN, which was represented by Head of the UN Support Mission in Libya, Salamé, and his deputy Stephanie Williams.
Italy was able to successfully mediate behind the scene, especially via Egyptian president Abdel Al Sisi, the only head of State present at the event, along with Libya's. Egypt is the fourth country of influence in Cyrenaica, after France, the United Arab Emirates and Saudi Arabia. Marshal Haftar depends on all three and could not say no to Egypt. Although he came, he snubbed much of the conference whilst smiling for photo-ops.
Italy took on the Libya file alongside France, an important player in southern Libya with great influence on the militias.