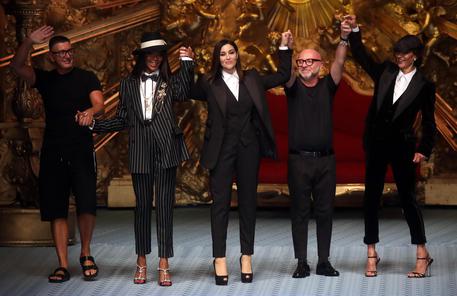 (ANSA) - Beijing, November 22 - Dolce & Gabbana's products disappeared from Chinese e-commerce platforms late on Wednesday, jinronghu.com has reported, after the Italian fashion house was hit by a row over an allegedly racist and sexist advert.
According to the report, Dolce & Gabbana has been boycotted by the three Chinese giants in this sector, Tmall, JD.com and Suning, cross-border operators NetEase Kaola and Ymatou, and luxury e-commerce companies such as Secoo, Vip.com and Yhd.com.
Dolce & Gabbana on Wednesday called off a Shanghai show amid a row over its social-media campaign showing a model attempting to use chopsticks to eat pizza.
The fashion house has also been hit by reports of allegedly derogatory comments about China by Stefano Gabbana.
Gabbana was quoted as describing China as a "foul-smelling, dirty and ignorant mafia" in comments he said were posted by someone who hacked his Instagram account.
A Chinese government official said Thursday that the furore must not become a diplomatic case. "That is not a diplomatic question and I won't let it become a diplomatic question," Chinese foreign ministry spokesperson Geng Shuang told a news conference when asked about the case. The controversy arose after a video posted on the Italian fashion brand's page on the Chinese social media site Weibo on Monday showed a Chinese model attempting to use chopsticks to eat a pizza, a cannoli and spaghetti. Weibo users accused the label of trivialising the country's culture and depicting Chinese women in a racist way. The girl was said to have a stereotypical 'naive' appearance with small eyes, and she was described using double entendres. Furthermore, her inability to use the chopsticks was mocked and, when it came to the cannoli, a voiceover asked "is it too big for you?". The video for "The Great Show" was taken down within 24 hours but it had already been shared widely on social media, where the hashtag #BoycottDolce began to circulate.