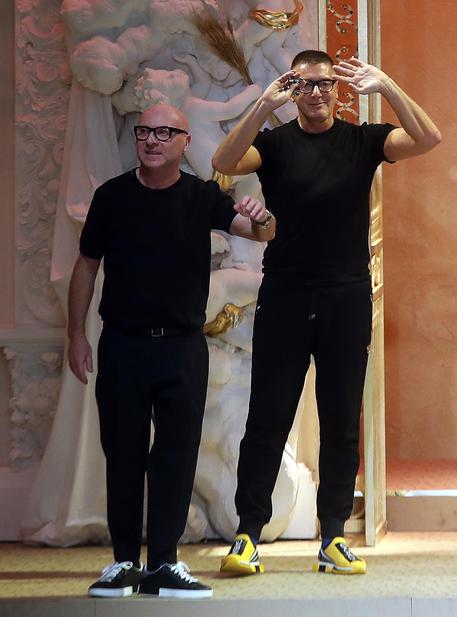 (ANSA) - Rome, November 22 - Dolce & Gabbana's products have been pulled from Chinese e-commerce platforms after the Italian fashion house was hit by a row over an allegedly racist and sexist ad campaign and incendiary messages purportedly posted by co-founder Stefano Gabbana on Instagram.
Dolce & Gabbana were boycotted by the three Chinese giants in the sector, Tmall, JD.com and Suning, cross-border operators NetEase Kaola and Ymatou, and luxury e-commerce companies such as Secoo, Vip.com and Yhd.com, media outlets and shopping platforms said.
Due to the row, Dolce & Gabbana on Wednesday had to call off a major show in Shanghai, just hours before it was scheduled to begin, as several celebrities said they would not be attending.
Meanwhile a Beijing government official said Thursday that the clamor about the advertising campaign that has offended many people in China must not become a diplomatic case. "That is not a diplomatic question and I won't let it become a diplomatic question," Chinese foreign ministry spokesperson Geng Shuang told a press conference when asked about the case.
The controversy arose after videos posted on the Italian fashion brand's Instagram, Facebook and Twitter accounts, as well as its Weibo profile in China.
In the first video published on Sunday, a young model in a red dress attempts to eat pizza with chopsticks.
She prods the pizza to the sound of stereotypical Chinese music, before a narrator offers advice such as "just use your chopsticks like pliers".
In the second and third episodes of the campaign, the same model tries to eat a cannoli and a bowl of spaghetti and this time the narrator appears to mispronounce the brand's name, with some seeing this as a way of poking fun at the Chinese pronunciation of Dolce & Gabbana.
Also, a voiceover asked "is it too big for you?" while the model attempted to eat cannoli.
The videos sparked a social media outcry Weibo users accused the label of trivializing the country's culture and depicting Chinese women in a racist and sexist way. The young woman in the video was said to have a stereotypical 'naive' appearance with small eyes, and she was described using double entendres. The video for "The Great Show" was taken down within 24 hours but it had already been shared widely on social media, where the hashtag #BoycottDolce began to circulate.
In addition, Gabbana was quoted as describing China as a "foul-smelling, dirty and ignorant mafia" in private Instagram comments that the recipient made public.
The messages quickly went viral on social media The fashion house has said its account and that of Gabbana had been hacked and denied posting the messages.
"We are very sorry for any distress caused by these unauthorized posts", the company said on its Instagram account.
"We have nothing but respect for China and the people of China".
On his personal account, Gabbana pasted the words "not me" over images of the alleged derogatory comments.
Chinese luxury consumers account for an estimated 500 billion yuan - around 72 billion dollars - in annual spending, making up nearly a third of the global luxury market, according to a report released by McKinsey last year.