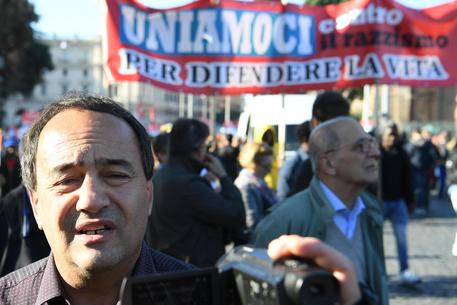 (ANSA) - Paris, November 16 - Paris city council on Friday approved a motion backing Riace Mayor Domenico 'Mimmo' Lucano who has been suspended for allegedly aiding illegal immigration by arranging marriages among other things.
The council said "the decision by Italian justice to suspend the mayor of Riace from his post as mayor is a politically unacceptable decision".
Lucano has won national international plaudits for the 'Riace Model' of integration to keep his small town alive and was named among the world's 50 greatest leaders in 2016 by Forbes magazine.
The Paris city government voiced the hope that Mayor Anne Hidalgo would invite Lucano to the French capital "to testify to the support of the city of Paris".