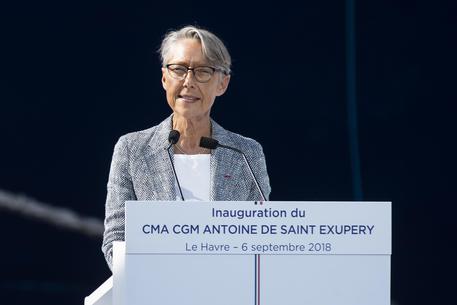 (ANSA) - Brussels, November 12 - Italy and France must not lose EU funds for the high-speed rail (TAV) line between Lyon and Turin while Rome and Turin carry out a cost/benefit analysis of the project which has been put on hold, French Transport Minister Elisabeth Borne said after talks with Italian counterpart Danilo Toninelli Monday.
"We'll let Italy carry out its evaluations, keeping well in mind the fact that we must not lose EU funding," she said.
"Toninelli reiterated the Italian government's desire to conduct economic studies on this project.
"Also in France we have a reflection on our infrastructure programme although we have reaffirmed the will to respect international treaties. I think that is so for Italy, too".
Toninelli said that "France has Ok'd the cost/benefit analysis".
He said that Borne had "duly noted the Italian government's formally taken commitment to rediscuss as a whole the Turin-Lyon high-speed train line" and "agreed on the idea that it is necessary to put off the publication of the TELT tenders for the base tunnel...until the completion of the cost/benefit analysis", which will be examined together with the EU Commission".
Meanwhile Turin Mayor Chiara Appendino, who recently ordered Turin's own cost/benefit analysis, said Monday she would meet the organisers of a pro-TAV rally which brought some 30,000 people to Turin on Saturday.
The Sì Torino movement was recently set up to combat a No-TAV campaign that has seen years of sometimes violent protests against the line in the Val di Susa north of Turin.
On Monday the Sì Torino movement said their priority was to meet Italian President Sergio Mattarella.
"We are willing to talk to anyone who wants and asks to listen to us but the priority is the meeting with President Sergio Mattarella," said the seven women who promoted the "Yes, Turin Goes Forward" event.
M5S leader and Deputy Premier Luigi Di Maio said "the doors are open to all demonstrators".