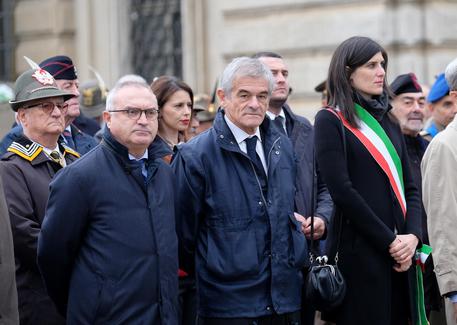 (ANSA) - Turin, November 9 - The president of Italy's northern Piedmont region, Sergio Chiamparino, on Friday lashed out at delays in starting the project to build a high-speed rail link between Turin and Lyon.
"The fact that the commission for the cost-benefit analysis has not yet been sworn in is a sign that the government wants to delay the work. They tell us lies to waste time, hoping that something happens to stop the work. Some two and a half billion euros immediately and another two and a half million by the end of 2019 are at stake. If the contracts do not start being implemented, there is a risk that Europe will want the money back. Time is not irrelevant." Industry Minister and Deputy Premier Luigi Di Maio last week that his anti-establishment 5-Star Movement (M5S) was not "against high-speed projects per se: we are against a waste of money that won't allow us to invest where it is needed".
He said "for us, the TAV is not a priority project at the moment".
"We don't need it: it was planned 30 years ago when they wasted money".
The M5S's government partner, the rightwing populist League party led by Deputy Premier and Interior Minister Matteo Salvini, is in favour of the TAV project going ahead.
There are strong movements for and against the TAV in Piedmont.
Turin's M5S-controlled council last week voted to stop the project pending a cost/benefit analysis, which is also Di Maio's position.