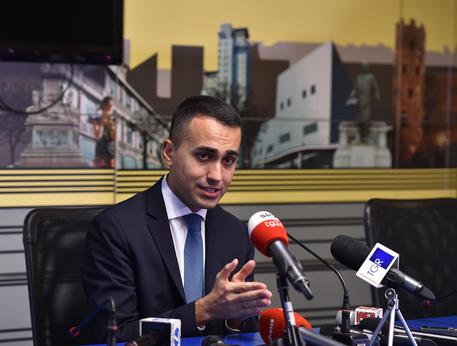 (ANSA) - Rome, November 7 - Deputy Premier and Labour and Industry Minister Luigi Di Maio said Wednesday that an overhaul of Italy's statute of limitations to stop criminals getting off because cases time out was crucial for his 5-Star Movement (M5S). There has been tension within the government over proposals to overhaul the statute of limitations, which have reportedly been met with resistance from the M5S's coalition partners in the League.
League leader, Interior Minister and Deputy Premier Matteo Salvini has said that, while a reform of the statute of limitations was needed, it is also necessary to ensure cases do not drag on forever. "Breakfast this morning with (Justice) Minister (Alfonso) Bonafede to asses the situation on the anti-corruption measures that will soon be debated in parliament," Di Maio said via Instagram.
"Prison for the corrupt, bans from public office for the corrupt, statute of limitations after the first-instance verdict in criminal trials.
"The latter is a fundamental battle of ours for justice".
Salvini on Wednesday ruled out the possibility that differences between his League party and the 5-Star Movement could lead to the government collapsing.
"The government is absolutely not at risk," Salvini said. "One by one, it will maintain all the commitments made with the Italian people, full stop. Everything can be resolved with good sense and humility".