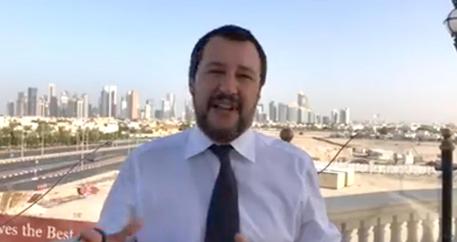 (ANSA) - Rome, October 30 - The 5-Star Movement-League ruling coalition has been hit by tension over Interior Minister and Deputy Premier Matteo Salvini's security-migration decree.
Some members of the M5S have been critical of the legislation drafted by League leader Salvini which, among other things, makes it easier for the authorities to deport asylum seekers found guilty of felonies.
Among the issues of contention is the possibility for the authorities to strip people convicted of some extremely serious crimes in a definitive ruling of Italian citizenship. "This legislation was badly conceived, I want to vote against," said M5S Senator Paola Nugnes.
Premier Giuseppe Conte called for "awareness and responsibility" from the M5S, while refusing to comment on the hypothesis that the movement could eject parliamentarians who rebel over this issue.
"If a measure is rooted in what is in the contract of government (between the M5S and the League), at a certain point it is necessary to close ranks," Conte said. Deputy Premier, Labour and Industry Minister and M5S leader Luigi Di Maio will take part in a meeting of the movement's lawmakers to discuss the decree rebels later on Tuesday, sources said. "The ruling majority is united," commented Salvini.