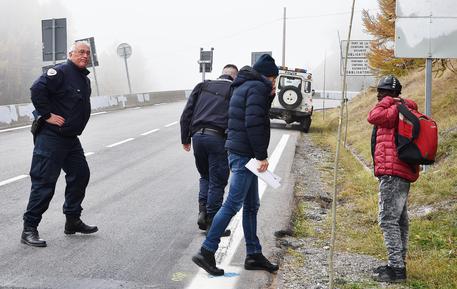 (ANSA) - Rome, October 23 - France is suspected of having tried to send minors back over the Italian border, interior ministry sources said on Tuesday. The sources said Italian officials are running a series of checks on an incident that took place on October 18 at around 22:30.
Officials are said to have stopped the attempted pushback during a visit by experts sent by the ministry to the town of Claviere, near the French border. There has been tension between Rome and Paris after Interior Minister Matteo Salvini reported incidents of French police entering Italian territory to drop off migrants on the other side of the border.
Salvini said he wondered whether European Economic Affairs Commissioner Pierre Moscovici will come out against France over this.
He linked the incident to the case of the Italian city of Lodi, where migrant children for a period were unable to benefit for discounts on school meals for low-earning families after the local authority requested they provide documentation of their assets in their home countries for the means-testing process.
Moscovici, a Frenchman, said he was shocked by that case.
"Who knows if Moscovici will be also shocked about France's attempt to expel foreign minors or whether the European commissioner only troubles himself for a just battle like the one by the mayor of Lodi," said Salvini, the leader of the League party.
"What is emerging at Claviere confirms that no one can allow themselves to give lessons to Italy, including on the issue of human rights".