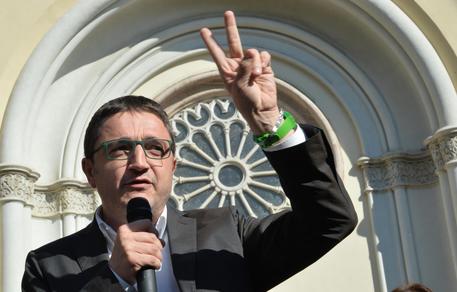 (ANSA) - Trento, October 22 - Health Undersecretary Maurizio Fugatti of the anti-migrant Euroskeptic League party was elected governor of Trentino Monday with 46.74% of Sunday's vote in the northern Italian region. Fugatti was backed by a nine-party coalition including the League, Silvio Berlusconi's centre-right opposition Forza Italia (FI) party, the rightist opposition Brothers of Italy (FdI), the Centrist Union (UdC), local tickets Progetto Trentino, Agire per il Trentino, Civica Trentino, and Fassa, and the AP centrists.
The election ends Trentino's 20 years of monopoly rule by centre-left autonomist coalitions.
The League party came top in the Trentino provincial elections with 27.4% of the vote followed by the centre-left opposition Democratic Party (PD) with 13.93%, the regionalist PATT with 12.59% and the anti-establishment 5-Star Movement (M5S), the League's ruling partner in Rome, with 7.23%.
This contrasted with the last such vote in 2013 when the PD was top with 22%, followed by PATT with 17.55%, the League at just over 6% and the M5S below 6%.