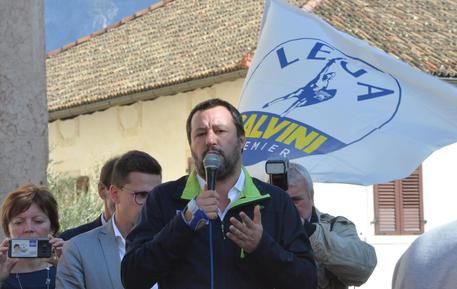 (ANSA) - Rome, October 19 - Deputy Premier and Interior Minister Matteo Salvini said Friday that he would not be made to look a fool amid a row between his League party and its coalition partners, the 5-Star Movement (M5S), over the government's 'fiscal peace' plan. "If there was something wrong, there was no need for this can-can: (Premier Giuseppe) Conte or (Deputy Premier Luigi) Di Maio could have lifted the phone and everything would have been changed," Salvini said in a live broadcast on Facebook. "It is necessary to close ranks, and bring together the League and the M5S - respecting the contract of government, but without messing about.
"I waited 24 hours without saying nothing and I'm being patient.
"However, I won't be made to look a fool.
"If someone in the M5S has changed their mind, we'll change everything from top to bottom. "But the truth of the story is in the documents. Those four little pages are at the premier's office with the notes of the the premier taken down by Di Maio".