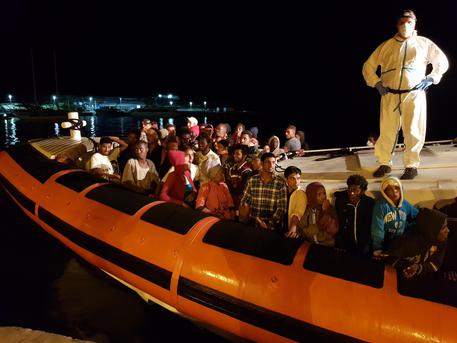 (ANSA) - Rome, October 19 - A 37-year-old Tunisian expelled in February who returned on a migrant boat and was intercepted on October 8 was deported for terror reasons Friday, the interior ministry said.
He was deported because he is considered a "danger to State security," the ministry said.
The Tunisian, detained for petty crimes, was monitored in jail and showed "clear indicators of religious radicalisation".
Some 344 people have now been deported since January 2015, 107 of them this year.