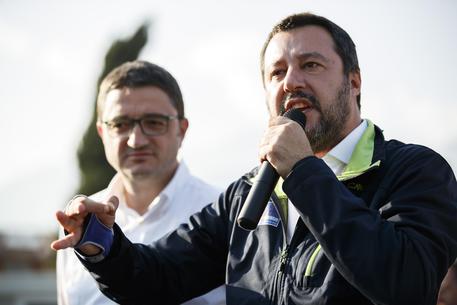 (ANSA) - Rome, October 19 - Interior Minister and Deputy Premier Matteo Salvini said Friday that there was evidence of a new suspected "hostile act" by French officials after a French gendarmery police van was seen dropping off two men, suspected to be African migrants, in woods near the border at Claviere last week. "Italy-France relations risk being seriously damaged and not because of us," Salvini said, referring to a video, recorded again in the area of Claviere.
He called on Paris to clarify "another initiative by the French police that took place this morning.
"An initiative that appears to be a provocation and a hostile act". "This morning a citizen from Claviere filmed the police of (French President Emmanuel) Macron enter Italy and leave a group of people in a road," he added on Facebook.
"Who are they? Where are they from? Why weren't we informed? "Without a fast, complete and convincing explanation, we will be faced with a provocation and hostile act".